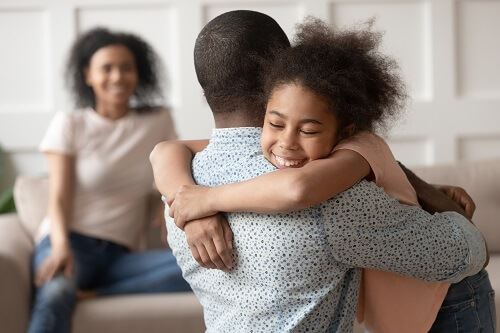 ​Reaching a child custody agreement can sometimes be complicated for both the adults and children involved. With the right legal team, you can reach a win-win agreement and potentially change your relationship with your spouse for the better. Let our child custody lawyers in Charlotte support you through your child custody case.

There is a lot at stake with child custody cases as the outcome can impact your future relationship with your child(ren). North Carolina has specific laws on how to divide custody between parents who do not live together. Once a child custody order is issued by the courts, it is critical to comply with the arrangement. Parents have the option to agree on a custody arrangement together without legal assistance, although if they cannot agree, the court will decide on a custody arrangement for them.

Facing a custody issue in North Carolina? Contact our Charlotte child custody lawyer online or call us at (704) 286-0570 today.

When Does a Child Custody Issue Come Up?

Child custody cases arise in different situations, such as:

First, it is important to understand the distinction between physical custody and legal custody:

This refers to the time each parent gets to physically spend with their child and how the child will divide his/her time between the two parents’ homes. This also refers to the actual location where the child will live, not counting the visitation days at the non-custodial parent's home. In custody proceedings, a judge will never rule based on gender alone. If paternity is rightfully established, both the mother and father have equal opportunities for physical custody.

The other aspect of custody sets out each parent’s right to make important decisions for their child. These include decisions regarding healthcare, religion, education, and more.

There are also different ways to divide custody, including joint custody or sole custody. In most situations, parents will share joint physical custody of their children. One parent might have primary custody while the other has secondary custody, although they both get to spend time with their child.

How Custody Is Determined In North Carolina

North Carolina law requires that all custody determinations be based on what the court finds to be in the best interests of the child. Many states have a presumption that shared custody is in the best interests of the child, though this is not the case in North Carolina. Instead, the court will review each situation on a case-by-case basis to determine what type of custody arrangement is appropriate.

There are many factors that the court will examine to decide what is in the best interests of the child, such as:

What Is Emergency Custody?

Emergency custody may be necessary, and even crucial, in some family law cases. Under North Carolina law and N.C. Gen. Stat. § 50-13.5, a temporary custody order can only be entered if “the court finds that the child is exposed to a substantial risk of bodily injury or sexual abuse or that there is a substantial risk that the child may be abducted or removed from the State of North Carolina for the purpose of evading the jurisdiction of North Carolina courts.” If the judge enters the custody order, then a hearing is held where the judge will evaluate determines that the conditions have been met, a temporary custody order will be in place until either party wants to pursue permanent custody. If you think that you may have grounds for emergency custody, contact one of our Charlotte child custody lawyers today.

How to Determine if a Parent is Unfit

During child custody decisions, judges will often evaluate the fitness of a parent. The "fitness" of a parent basically means that they have the intent and ability to put the child's best interests first. They prioritize their children's well-being over their own. If a judge suspects the child is endangered due to the actions of the parent, they may be deemed as unfit and have certain rights stripped such as visitation.

Several determinants that a judge looks for include:

In North Carolina, an unmarried couple will have legal problems associated with custody and visitation if paternity is not established in an appropriate timeframe. As a father, you may miss out on rights to see your child if the state sees the mother as the sole custodian. There are four general methods to establishing paternity:

Consult With Our Child Custody Attorney in Charlotte Today

At Blood Law, PLLC, our Charlotte child custody lawyers understand the importance of obtaining a custody order that puts your child’s interests first. We have the experience, skill, and patience to help you determine what choices are in the best interest of your child and your family.

Contact our Charlotte child custody attorney online or give us a call at (704) 286-0570 to learn more about our child custody services.